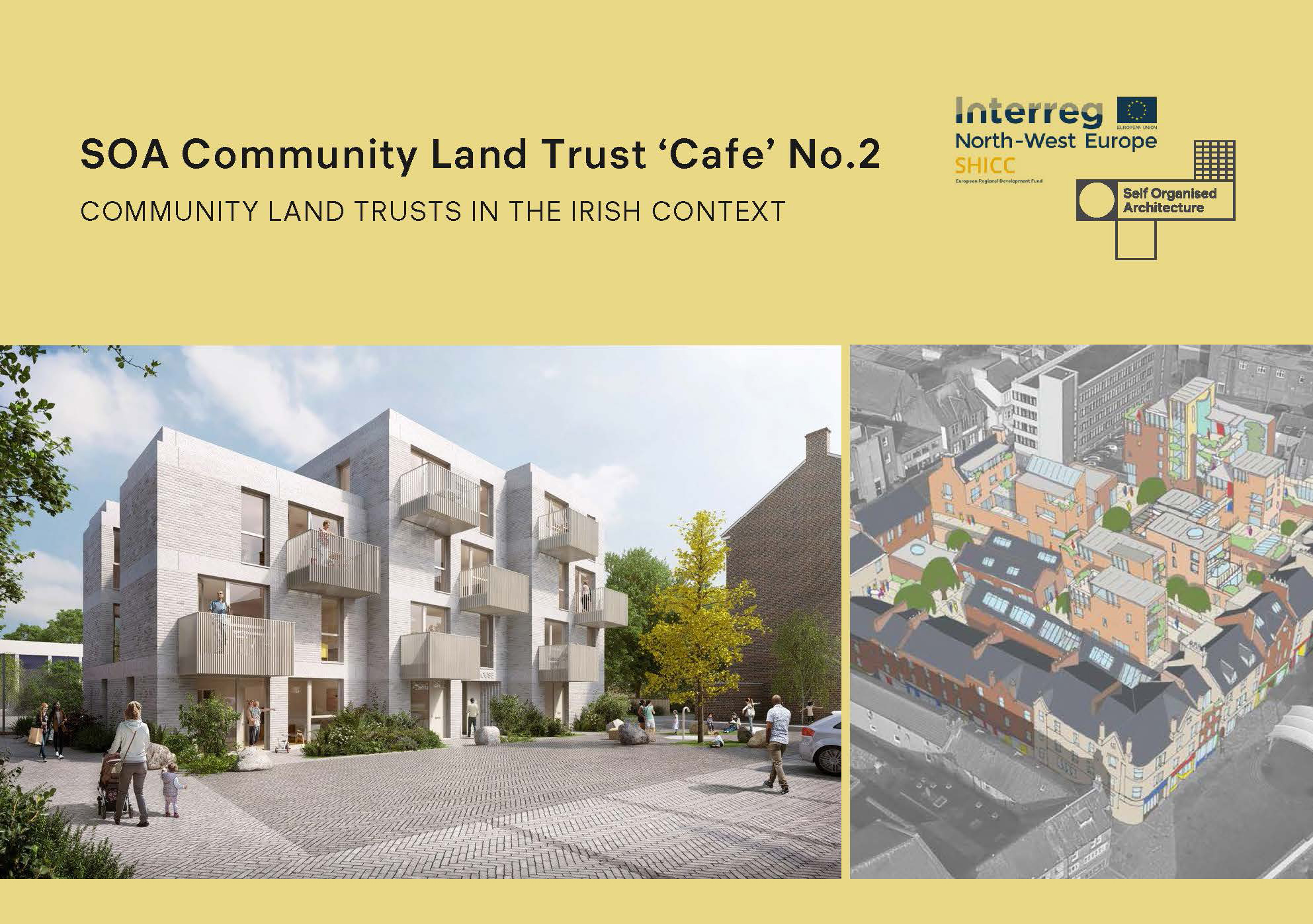 The purpose of this event was to expand on SOA’s first CLT webinar by delving into more detail on the processes involved in setting up a Community Land Trust (CLT) in Ireland. As such, SOA invited speakers to discuss the practicalities of building membership and establishing governance structures, acquiring land and raising finance for development. Speakers also described their approaches to bringing in required political support. Presentations referenced projects that involve renovation and refurbishment of existing disused buildings, along with new-build initiatives.

Attendees were invited to contribute to the SOA/SHICC project and to consider how a broad CLT network might be formed in Ireland. All speaker presentations were recorded and videos of presentations are available on our SHICC Events page.

A total of 60 participants attended the event.

London CLT is addressing the lack of affordable housing in London for the ‘missing middle’, those not catered for by social housing, and who are priced out of the private market:

Inclusive Neighbourhoods is a Callan-based project, focused on developing an Irish model in which people of different ages, needs for support, and income levels can live in a shared neighbourhood.:

Midsteeple Quarter (MSQ) aims to entirely revitalise the urban centre of Dumfries through community ownership. The CLT seeks to address the issues of town centre decline and absentee ownership. Its strategy is based on the acquisition and redevelopment of all properties within an urban neighbourhood to provide mixed-use community facilities, business space and housing.

A full report and videos of speaker presentations from the Cafe are available here.

We use cookies to ensure that we give you the best experience on our website. If you continue to use this site we will assume that you are happy with this.OkPrivacy policy